2. Made up of high-impact polymer, with a compact body. Yet it allows for a carbine length barrel for crisp accuracy and range. A Picatinny rail space is provided to mount flashlights and other variety of optics.

Being bullpup is the specialty of Tavor. In a bullpup setup, the action is located behind the trigger group. And is situated alongside the shooter’s face. Due to bullpup configuration, the overall size and weight of Tavor get reduced. When compared to guns consisting of the same barrel size, Tavor gets an edge due to this. And, there is no adverse effect on the power of Tavor. Additionally, the configuration further reduces the length of the weapon by almost 25%!! The bullpup design helps incorporate a full-length barrel in an overall package.

Interestingly, Tavor with a standard barrel length of 18.1 inches is still shorter than an M4 with a barrel of 13 inches. Although Tavor is primarily a Close Quarter Battle (CQB) rifle, it has been recorded to hit steel at about 750 yards(658.8 meters). This is well past the known standard range for a 5.56 bullet. Additionally, the extended range doesn’t experience any drop in speed. Therefore, in turn, increasing the accuracy.

In assault rifles, center of mass of the weapon is critical. Tavor standout in terms of ergonomics making both accuracy and stability, top priority.

The weight lies at the rear of Tavor. Thus, the shooter can place the gun on his/her shoulder. Subsequently, this makes maneuvering Tavor in any direction more easy and natural. In most guns, the weight is more towards the front of the gun. Thus making swinging of the gun more difficult up and around the desired direction. But in Tavor, weight being at the rear, controlled one-handed shooting is also possible. Also, it also feels natural to the shoulder. Furthermore, Tavor can be held in a ready-to-shoot or shooting position without fatiguing the shooter too much.

Exchanging magazine is super easy. A magazine release is placed just above the trigger group. Thus, just a flick of magazine release via shooter’s thumb(of the hand placed on trigger group) is required. Then, the new magazine can be inserted with the support hand (in a fluid motion) , making the whole transaction effortless. Furthermore, it helps in keeping eyes on the target during the change without much hassle.

An ambidextrous selector switch is present in the Tavor. Operator can switch between burst fire, semi-automatic and full automatic.Also, an ejection port is provided on both sides of Tavor. Thus, after a bit of reconfiguration , Tavor can be used by both left-handed and right-handed operator.

Tavor fancies a completely sealed mechanism, preventing mud, dust, and dirt from penetrating inside. In fact, Tavor fires completely reliably even after getting submerged in water and covered fully in mud or sand!!

A long-stroke piston system, similar to the AK-47, is operational in Tavor. This Long stroke piston system is simpler and more reliable when compared to the direct impingement system. Due to this Tavor can fire thousands of rounds, without the worry to be cleaned or experiencing any malfunction.

This is the standard version of Tavor. By enhancing or replacing some components, it can be converted to any other version, except for the X-95 /MTAR-21.

Also called Tavor Grenade Launcher, is a TAR-21 with the notched barrel, in order to fit an under-barrel grenade launcher (UBGL) like M203 40 mm (which, like for M4, requires removal of the lower handguard in order to seat). But, in India, Indian armed forces use the Turkish T-40 grenade launcher that replaces the forearm and covers the barrel. GTARs in India, seen in use by Paras, Garuds, MARCOS as well as the SPB. It also features a leaflet rear sight, mounted on top of the barrel or on top of the handguard.

It is a ‘Carbine’ variant of the basic TAR-21, the difference being in the shorter (15 inches) 380mm barrel. Therefore resulting drop in weight to 3.18kg and overall length to 640 mm (25.2 inches). This iteration makes the CTAR more suited for Close Quarters Combat applications (or operation from within vehicles) than the full-length TAR-21. The only service that routinely makes use of this variant in India is the Garud commandos of the IAF.

The utility of the CTAR today has been more or less nullified with the advent of the improved X-95 variants. So the only ones that want shorter barrels are those who wish to convert their existing TAR-21s into a CQC-oriented role, without having to buy a whole new system (like X95).

Also called Tavor Sniper, it is the designated marksman version of TAR-21. It is basically the same as TAR-21. But it comes fitted with a foldable under-barrel bipod and magnifying optics like Trijicon ACOG (4×) magnifying sight.

But the STAR-21s in the Indian service have been seen with scopes of a higher power – namely the Nimrod 6×40 from IWI, otherwise seen only on the Galatz DMR (the Galil sniper variant). This entails an increase in weight as well.

Also called Micro Tavor, Tavor 2, or X-95, it can be considered the only true variant of Tavor. This is because all the other versions can be derived from the full size, standard Tavor; by just replacing or adding some components. MTAR-21 has a different body, round forearm, and the shortest barrel among all other Tavor versions. Originally, it was developed as an even more compact variant of the CTAR-21. There were design changes. Modifications to the stock, the trigger guard, the receiver, and the handguard were performed. Thus, making it more or less a complete overhaul of the TAR-21 design. Multiple P-rails were now standard fit – with the top cut into two sections, a medium-length rail over the trigger group and a pair of short ones over and under the handguard.

In India, it is locally produced after modifications and is called ZITTARA. The modification allows it to use the locally manufactured 5.56×30 mm MINSAS cartridge by Ordnance Factory Board (OFB).

Previously, India’s state-run Ordnance Factories Board (OFB) had entered into an agreement with Israel for the local production of the Tavor X95 under the name “Zittara”. While some prototypes and limited production models exist, this program never actually took off, and essentially nothing came of it – prompting IWI to seek a private-sector partner for manufacturing their weapon systems in India: Punj Llyod. IWI also started a Joint Venture with OFB producing few prototypes of Zittara but that JV never fructified.

Recently, IWI established a Joint Venture (JV) with Indian Punj Lloyd to manufacture Tavors and other Israeli firearms in India in a venture called Punj Lloyd Raksha Systems Private Limited (PLR). This deal has the benefit that Tavors will now be manufactured in-house in India to supplement Indian forces.

The Adani-PLR Systems also manufactures the 56×45 mm chambered Tavor X 95 which are used by the special forces and others. These rifles come with ‘Made in India’ markings and were showcased during the recently-held Aero India 2021.

Now, before the 90s, Indian special forces used to fancy a variety of firearms. These included SLR Battle Rifles, Steyr AUG, and the Sterling Carbines. After some time, Vz.58 and various AK-lookalikes(from Romania, Bulgaria) found themselves to be issued as the standard service rifle for PARA SFs.

Now, it’s obvious that the special forces were using a host of rifle platforms that showed a lucid disadvantage. This was the severe lack of interchangeable parts among these weapons. Thus, effecting in carrying out missions of varied nature. Also, the lack of commonality among the host of weapon systems was becoming an issue.

Then came the Tavor. Tavor was first inducted in SFF where it ran into some reliability problems but were fixed later on. Tavors were then inducted in PARA SF and MARCOS with its shorter barrel version, X-95 being inducted in various CAPFs and Police Forces.

And as mentioned earlier, it was introduced with different versions depending upon mission profiles: TAR-21 was the standard version with a 460mm barrel. GTAR-21 added a T-40 UBGL to it along with Leaf Sight so basically, it was a grenadier version. Then came STAR-21 which featured a detachable bipod and a match-grade barrel for enhanced marksmanship with better accuracy and stability. Another newer version called CTAR-21 featured a shorter barrel for Carbine purposes. Thus, the Tavor platform is highly versatile. It can replace all other rifles in their varied roles with just one single platform which gives a crucial commonality. And deriving various versions( not X-95) for various missions requires just the addition or removal of 1 or 2 components.

Rise of terrorism and urban warfare has changed how modern armed forces fight and retaliate. New age warfare is now more indoors confined to tight and small spaces, and mostly in and out of vehicles. Thus, a compact weapon with great firepower is required for special forces to operate efficiently. Tavor definitely fits the bill. It is shorter than many Short Barrel Rifles (SBRs) of the same category. But still provides a full length barrel.

It has been primarily designed to knock down doors, swing around in hallways with ease. Users can effortlessly shoot from moving vehicles ( even while driving) and takedown targets in any Close Quarter Battle (CQB) scenario.

Since SF operators are expected to be doing a lot of parachuting, the bullpup configuration minimizes the chance of the gun getting snagged on some other equipment.

Thus, Tavor is one of the best firearms to be used by the Indian armed forces. Be it curbing of insurgency in Kashmir or Surgical strikes, Tavor has helped the Indian Armed forces complete their objectives with absolute precision.

Equipment With Chinese National Suggests He Worked For Intel. Agency 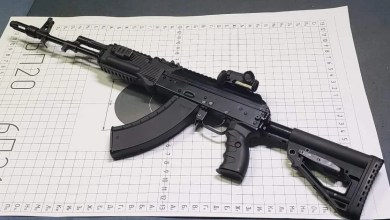 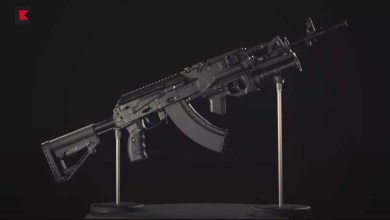 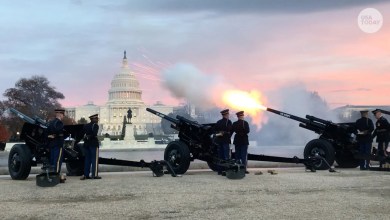 Explained: The Tradition Of 21 Gun salute In India 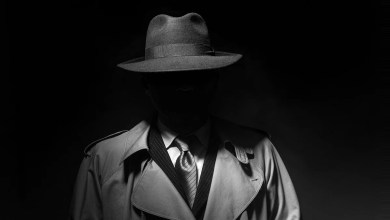 What Does The Indian Army Do With Its Soldiers Caught For Espionage?