After India acquired the Rafales, Pakistan is in a panic mode & has reached out to its only friend, China begging for help. It wants to buy 30 J-10C aircraft under emergency procurement from China. Now it becomes fair to compare the J-10C against the Rafale as Pakistan has decided to buy it & this article will address exactly that.

For starters, J-10CE is the export variant (E for export) of the J-10C aircraft which is the third improved variant of the Chinese J-10A which in turn is a copy of the Israeli fighter IAI Lavi. It is a single-engine, lightweight, multirole combat aircraft with decent performance but nowhere near to that of Rafale. Reasons:

Quantitatively, Rafale has a 20% greater thrust for just 11% higher weight than the J-10C. This means for the same weight of fuel & weapons, Rafale is going to have a thrust to weight ratio far better than the J-10C which means better agility & higher energy which is the deciding factor in WVR combat. But what really matters here is that the short-range missile of Rafale (MICA-IR) is generations ahead of the PL-8/9 missiles of the J-10C. The MICA-IR has an Imaging Infrared (IIR) seeker against PL-8’s Infrared (IR) seeker & also has a much higher range, off bore shoot capability, G tolerance & kill probability.

Beyond visual range (BVR) combat: Two devices matter the most in a BVR combat. A good radar which sees the enemy before the enemy can see & a good BVR missile that can reach far & hit the enemy.

Radar: The J-10C has an Chinese AESA (active electronically scanned array) radar with 1,200 T/R (transmitter-receiver) modules. This is a huge number but the single AL-31 engine of the J-10C isn’t powerful enough to provide the electrical power needed for all the 1,200 T/R modules. Thus the radar operates at lower capability.

The Rafale’s radar is the RBE2 AESA radar with 838 T/R modules. All the T/R modules are functional & it is a technologically superior radar. It has a greater detection range in excess of 200 km & the tracking mode, prioritization of targets ais fully automated. It is fully reprogrammable & can be easy upgraded with anti obsolescence solutions thanks to its open architecture. Both the J-10C & the Rafale have similar radar cross section of 1m2 but due to the higher detection range of the Rafale’s RBE2, the Rafale will have a higher edge in detecting the J-10C first. For other tasks like air to ground, the RBE2 has better modes & more reliability.

BVR Missiles: For long range interception, the J-10C uses the PL-15 which is a dual-stage BVRAAM with a 200+ km range. But the J-10C is crippled with a radar that cannot use its full potential & hence even though the missile has a good range, its full potential can never be utilized. The JF-17 Thunder also uses the PL-15 & hence J-10C doesn’t bring anything new to the table.
The Rafale on the other hand uses the Meteor which is unarguably the best AAM in the world it uses a next-generation technology called the ducted ramjet which ensures a high range of 200 km but what’s more important here is it maintains the same kinetic energy throughout its flight range, unlike the PL-15. The meteor actually is the one nodal system that gives so much edge to the Rafale. The capability of the Meteor missile can be judged by the fact that it is going to be integrated in the F-35 too.

Electronic Warfare: There is little known about EW Suite of J-10C, not because it is confidential but because it is not remarkable enough. On the other hand, the Rafale’s EW suite is SPECTRA (Self-Protection Equipment Countering Threats to Rafale Aircraft) which is a state of the art series of RWR, LWR, MAWS, jammer & decoy dispenser. It provides long-range detection & identification of IR or RF threats. It is the EW suite of Rafale that inflates the cost of Rafale so much. It is also updated with the threat library found in Indian conditions.

Maintenance: Finally the J-10C, being Chinese uses Russian components that are not known for their reliability. The Engine is AL-31FN, a variant of the same engine of the Su-30MKI. These engines have a Mean Time Between Overhaul (MTBO) of just 500 hours & a total life of 1,500–3,000 hours. This means higher depot visits & lower availability of the aircraft.
The Rafale on the other hand is an aircraft built with ease of maintenance in mind. The engines have a very high MTBO & higher life. Most of the maintenance can be done at the airbase without any heavy support equipment & the fleet will have a constant availability rate of greater than 75%.

Battle Proven: Finally, the J-10C, just like any Chinese fighter has never seen the light of battle or a joint exercise (except with Pakistan). The Rafale has seen combat operations in Mali, Afghanistan, Libya, Iraq & Syria. The experience gained from these has been incorporated into the aircraft to optimize it better for live combat.

Our final word on this is that the J-10C is not really a bad aircraft. It has a steller aerodynamic performance as seen during airshows. But when pitted against Rafale, it doesn’t hold ground as Rafale is an evolved & mature platform with a proven success rate. If Pakistan purchases it, the only advantage Pakistan is getting over their existing JF-17 Thunder is an aircraft with better agility, capable of good airshow maneuvers. The weapon’s capability is the same as JF-17 Thunder.

Also, Pakistan is not interested in the J-10C because it is a great aircraft. It is interested because they don’t have any other option.

All the images used in the article belong to their respective owners and we do not claim rights. We are using them under this clause:
Section 107 of the copyright act 1976, allowance is made for “fair use” for purposes such as criticism, comment, news reporting, teaching, scholarship, and research. 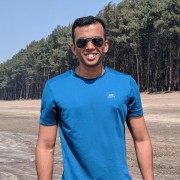 New Policies Under Joe Biden & Its Impact On India

'Breakthrough' In Sight In India-China Military Stand-Off On LAC 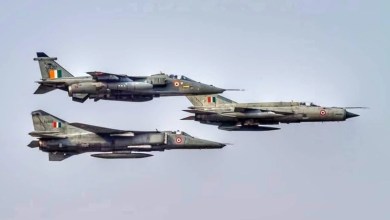