Recent attacks on the Chinese nationals in  Pakistan have been a headache for both the communist party of China and the Pakistani establishment ( ISI AND ARMY) as these attacks are now no more concentrated in the Gwadar region but now have reached other parts of Pakistan.

On 2nd Feb this year, BLA carried out an attack at Noshki Frontier Corps camp, in which many Pakistani soldiers lost their lives. It was an ISIS-style Inghamasi attack. Last year BLA carried out another suicide bombing close to Dasu dam, Peshawar, in which 13 people were killed including nine Chinese nationals. News like failed attempt to kill the Chinese Ambassador last year and the largest protests on roads of Balochistan against China have forced the world to sit up and listen to Balochistan’s story.

The current and fifth period of the Baloch insurgency started in 2004, and is still active, making it not just the longest but also the most violent episode of insurgency in Pakistan.

The recent killing of 3 Chinese teachers in Karachi by a female militant named Shari Baloch of the Majeed brigade of BLA has not only sent a warning message in Beijing and Rawalpindi but also showed that now BLA is far more ferocious and deadly in its operations. Using a highly educated female, mother of 2 children for the fidayeen attack has shown the reach of BLA among the young educated Baloch generation, something that should ring alarms in Pakistani army quarters.

This attack acted as a last nail in the coffin as there are murmurs among CCP top brass to send its forces to Pakistan to protect and carry out counter-insurgency attacks on these groups to protect its billion-dollar projects and its nationals working on these projects. And this intention was further expressed by hu xi jin former chief editor of CCP mouthpiece the global times.

Given the Pakistani debt crisis and its political instability coupled with its deteriorating relationship with the west, it is fair to say that Pakistan is in no position to resist China if they get hell-bent on their demand to establish PLA outposts at various locations in Pakistan. If this turns out to be true then it would be a million-dollar opportunity for India to counterbalance China in the region. Given the deep presence of Indian intelligence in Pakistan India could make Pakistan china’s Afghanistan or Vietnam a moment.

India simply needs to provide financial support to these freedom groups similar to what  ISI has been doing in Kashmir by providing arms and logistic support to terrorist groups like LeT and Hizbul Mujahideen. Though many analysts are claiming that the PLA footprint in Pakistan could be a threat to Indian security but they forget one basic principle –  No force in the world could sustain itself on foreign soil, and NATO exit from Afghanistan and American withdrawal from Vietnam are the classic examples. Secondly, things that the Pakistani army couldn’t do in Pakistan,  no other army could do inside Pakistan, and if BLA can carry out attacks on Pakistani army officers and now  Chinese nationals despite the protection cover of the army and ISI given to them it is fair to say that PLA presence in Pakistan will not affect their operations moreover it would be more convenient for BLA to now carry out direct attacks on Chinese PLA and this would be no less than a nightmare for CCP as the death of a PLA soldier on foreign soil would put a black spot on the fabricated image of mighty PLA manufactured by CCP but will also put Xi Jinping under tremendous political pressure which could even threaten his position within the Communist party.

And for India, it can be a key to balancing growing Chinese aggression in Ladakh and other North-Eastern parts. India and China both being nuclear states cannot go up against each other in a direct military confrontation so to put China under check

India had to exert pressure through this proxy war against China in Pakistan. India could also take help from the US and both these countries who see growing Chinese influence as a threat could operate in these Grey zone warfare operations, US already has a history of carrying out such proxy operations on foreign land plus US links within Pakistan are no secret as US forces under Pervez Musharraf have been operating several military bases during afghan jihad Era. So US experience and links will come in handy for Indian intelligence.

In the end, if the idea of sending the Chinese PLA to Pakistan as expressed by the CCP sees the light of the day then it would be a golden opportunity for India to put a brake on Chinese aggression and a real test for Indian intelligence capabilities. 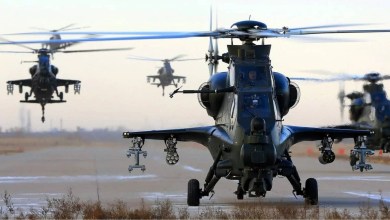 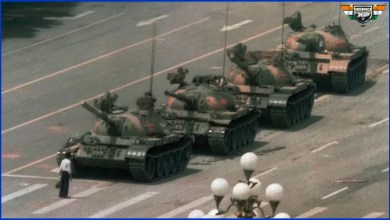