Since the incident of ambush and death of 22 CRPF personnel in Chhattisgarh, a lot of developments have happened indeed. But the top brass of National Security is of the opinion for using air support in Anti-Naxalite Operations. There are various means and ways that are being analyzed to be employed in these operations. But, one such way that can be sought is regarding the use of the Mi-35 ‘Hind’ Attack Helicopters.

The use of the Mil Mi-35 Helicopter ‘Hind’ has been considered to be quite less, and even in some cases under-used. However, this can be a good opportunity to use the helicopter, if provided the conditions apply along with a will.

The Mil Mi-35 helicopters are serving the Indian Air Force for 3 decades and have also been upgraded as well. The first squadron of the Mi-35s was raised on 1st November 1983 as 125 Helicopter-Squadron ‘Gladiators’. The other batch of the helicopters was inducted in April 1990 as 104 Helicopter-Squadron ‘Firebirds’. The Mi-35s had first entered action at the 1987 IPKF Operation Pawan in Sri Lanka. Also, it served a light combat role during the UN Peacekeeping Mission at Sierra Leone and the Democratic Republic of Congo. In Operation Pawan then Mi-24/35 Helicopters were named as ‘Akbar’ and provided partially satisfactory results in the operations.

In terms of its specification, the Mil Mi-35 helicopters can reach a maximum cruise speed of 310 kmph. It has a twin-engine turbo-shaft equipped with assault and anti-armor capability. There is also a small space to carry 8 personnel or short reinforcements. There is space for accommodating 4 stretchers or 2,400 kg cargo on the external sling. Thus, some of the light armaments that can be used in these operations can be considered as;

Apart from these factors there arises questions on the basis of which we can consider, suitability these helicopters can provide.

If There Is No Sufficient Intelligence About The Naxalites, Then Will It Suit The Criteria Of Air Operations?

Considering the situation of an ambush on 4th April 2021 at Chhattisgarh, a gunfight was in progress between the CRPF Cobra Commandoes and the Naxalites. This fight resumed for 3 hours when in this time an LMG had inflicted major losses to the CRPF personnel. In this situation, intelligence might not have been required. But a Mi-35 helicopter was needed to have remained close to the ambush site for around 20-25 minutes. It could have created a strong psychological pressure, which would have forced the Naxalites to retreat and incur fewer losses. This helicopter has a cargo bay to rescue and take the injured personnel to a safe place.

So, in this case if a strong back up is needed, prior intelligence might also not have been much necessary.

Can Attack Helicopters Be Effective During Guerilla Warfares, As The Target, In This Case, Needs To Be Shot From A Close Range?

Taking lessons from Operation Pawan, where Mi-24 Helicopters were used as well, but it did not provide quite successful results. But, considering those times with the current scenario, we must consider that the LTTEs’ was a different case. The LTTE rebels had much better weapons than the Naxalites. They had their own light air arm as well, along with weapons like RPGs and Anti-aircraft guns too. But, around 2012s it was found when the Naxalites were doubted on trying to acquire RPGs and Rocket Launchers.

But also, it must not be ignored that the Mil Mi-35 Helicopters have gone through a major upgrade in Israel. This upgrade has enabled the helicopter with Multi-Mission Optronic Stabilized Payload with censor balls having CCD and IR Cameras. The sensors that have been equipped under this upgrade would highly benefit during operations conducted in summer. Another reason for this is that the visibility gets clearer and the helicopters would be comfortably able to locate the targets.

Will The IR Signals Be Able To Distinguish Between The Friendly And Enemy Targets?

In this case, a high visibility Radio Beacon System would be a solution. Also, there can be ways, by which the CRPF Personnel could be given such a distinguishing mark that would make the task of the helicopters easy to spot the soldiers.

Another major point is that the helicopters have a rotatable 12.7 mm cannon that can shoot in any direction. Also, two machine guns could be attached to the passenger compartment windows. This would help the gunner to locate the targets and engage them by firing the PKM guns. The benefit of this feature will also be accessible even at night by using night vision goggles.

Distinguishing between the Helicopter’s armour and that of the Maoists, the armour of the Helicopter would be effective. As the round of firing will not be more than 7.62/51 mm and provided the pilot sits in a titanium tub. This tub will protect the pilot from any kind of firings that the Maoists can do.

Such demands had been placed in 2010 when 76 CRPF personnel were killed in an Ambush in Chhattisgarh. Then Chief of Air Staff, Air Chief Marshal PV Naik, had denied such access. He stated that ‘the Military is trained to fight operations which have maximum lethality, rather than those of minimum lethality’. Also, there have been considerable debates regarding employing airpower against Naxals.

In an article written at Indian Defence Review, Air Marshal Narayan Menon stated that using heavy weapons may result in more casualties. In this case, any possible error can help to boost the Naxal Propaganda with adverse outcomes. Also, the political circle has quite a number of times expressed their dissent as well.

But considering the condition at the present times, there can be no shortages if all ways and means are analyzed. There is only one shortage, which is the shortage of will and power. Practically speaking, when a soldier gets killed in action their remains are transported by a helicopter. But when a soldier fights alive, a helicopter can come to support using the specifications mentioned above.

*Note: For writing this article the sources that have been referred primarily are; 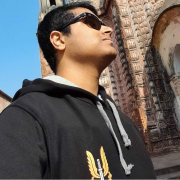 I am Barshan Karmakar, and I am passionate about matters relating to diplomacy, International Relations, Security and Military Affairs. I like to share my views with other people on issues which I feel passionate about, with the help of my writings.

US Withdrawal From Afghanistan: What Lies Ahead?