Every year on the 6th of September, Pakistan celebrates ‘Defence Day’ in which it commemorates its imaginary “victory” over India in the 1965 ‘Indo-Pak War. The military takes out a parade in which it displays its latest weapons and missiles. A huge spectacle is created where there are songs sung in praise of the military. And this is televised nationally.

The media wing of the army also asks national media outlets to run promotional videos that pay tribute to the armed forces. Religious and extremist groups, known to have friendly ties to the military, also come out in the streets, holding rallies glorifying the army of Pakistan.

Every year, the Pakistan army uses this opportunity to further militarize the environment in Pakistan and instil a sense of gratitude among the Pakistani public towards the army. Claiming such false victories has become an innate feature of the Pakistani military for whom it has become essential in order to maintain its legitimacy in the eyes of the public. Creating a sense of fear and hatred of its neighbour shields them against any criticism, raises their image among the lay public and justifies/legitimizes the appropriation of a substantial chunk of the dwindling Pakistani economy for their upkeep.

The efforts to militarise the Pakistani population and reinforce a narrative of victory in the 1965 war is not limited to Defence Day. This narrative is written into official Pakistani textbooks that they teach to students, both at public and private schools, how India committed open aggression against Pakistan to facilitate its expansionist intentions and attacked on the night of September 6.

Although Pakistan had far less military and economic resources, compared to India, the armed forces of Pakistan, imbued with the spirit of jihad, subjected an enemy many times bigger to a humiliating defeat – a Pakistani textbook reads.

However, there is little truth to these claims; Pakistan did not win this war. It agreed to a ceasefire with India after it realized it may lose. It is also absolutely false that India started this war.

Also read, How Did Pakistan’s Support For The Taliban Backfire On Itself?

The 1965 war was nothing short of a debacle for the Pakistani military. It began with ‘Operation Gibraltar’ which was supposed to be a covert operation based on a mistaken belief that the Kashmiris were so pissed off with the Indian state that any indication of a Pakistani effort to launch an armed attack on India would bring them out in support of Pakistani invaders and lead to Indian withdrawal from Kashmir. A key aspect of the plan was to supply the local population with arms in the fond hope that they would rise in revolt against the “tyrannical rule” of the Indians. But in reality, nothing of this sort ever happened. In fact, it was these locals that supported Indian forces, who clamped down heavily on the Pakistani army, putting an end to its ambition to snatch Kashmir from India by military means. Pakistani efforts failed miserably. However, the failure of the Pak army has been conveniently hidden from the public eye.

The Pakistani authorities have even gone to the extent of destroying pieces of literature which narrate anything other than the narrative prescribed by the military, so much so that it even restricted a book by its own top-ranked general.

In 2002, General Mehmood Ahmed published a book entitled ‘Illusion of Victory’ which busted the myths around the 1965 war. The General was tasked by the army to investigate the 1965 war, and he chose to go public with his findings, which highlighted how the Pakistan Army launched a secret military operation in Indian-administered Kashmir in 1965, and India responded with all its might in turn. According to Ahmed’s account, the Pakistani military was overwhelmed by Indian troops and forced to withdraw, thus failing to achieve the objective of taking over Kashmir. The book goes on to explain in detail that only a select few generals knew about the secret military operation and the fact that the Pakistan army miscalculated the Indian response. This version of events has been kept away from the public.

Ahmad’s accounts of the war enumerate various blunders committed by the Pakistani military’s top brass, which led to its humiliating loss, but this, like many other facts, has been kept from the public. What Pakistan has won through its misinformation and propaganda are the hearts and minds of its gullible citizens who continue to believe in this myth and celebrate it each year as Defence Day.

After the book came out, it mysteriously disappeared from bookstores. Today, it is almost impossible to find a copy of it in Pakistan.

But why does the Pakistani army insist so vehemently on propagating a false historical narrative and ensuring that the truth does not get out? It is quite simple: having a perpetual enemy next door helps the military stay relevant and justify its enormous budget that burdens the country’s economy. It also shields the military from any criticism it may face for regularly intervening in politics, having multibillion-dollar business empires, and fueling terrorism/militancy in Kashmir, Afghanistan and the neighbourhood. It poses as the saviour of the country, shuns accountability, and elevates itself above the state.

Today, as Pakistanis once again celebrate Defence Day. The public in Pakistan should ask themselves now, whether they should continue to believe in engineered narratives. Preaching hate, celebrating a false victory and promoting narrow-mindedness will only further exacerbate one of the core issues faced by Pakistan today: growing extremism and terrorism.

The first step towards reversing this trend should be accepting the truth about the 1965 war. Furthermore, if Pakistan aspires to materialize peace both internally and externally, it must stop propagating such lies and start questioning the Pakistan Army, its military adventurism and its militarization of Pakistan and the region. More importantly, Pakistan must remember that incitement and conflict will not bring progress and development to its country, only peace will.

About Author: (Mudassir Bhat is an independent observer focusing on politics in Pakistan. He is based in Abu Dhabi) 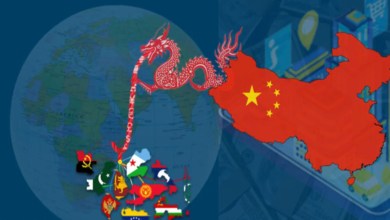