The need for a light combat helicopter was felt during the 1999 Kargil war. At the time, the existing Mi-17s were modified for high-altitude deployment. However, their performance was severely lacking, and the decision to develop the LCH was taken in 2006. HAL used the Dhruv helicopter as a reference to develop the LCH. This move helped reduce the overall cost of the project. Testing was done using four prototypes to speed up the testing period. The LCH took its maiden flight on 29th March 2010. It executed an exemplary feat when it became the first attack helicopter ever to land at the Siachen glacier, which stands at a whopping 15,800 feet (4815 m).

The limited series production commenced in August 2017. The first LCH was officially handed over to the IAF in November 2021. The Cabinet Committee on Security (CCS) approved the procurement of 15 LCHs on 30th March 2022. Out of these, ten are for the IAF, and five are for the Indian Army. The total projected requirement is 65 and 114 for the IAF and the Indian Army, respectively, as of 2010.

The LCH is a multi-mission platform in the truest sense. It can be operated from the icy wastes of the Himalayas to the dunes of Rajasthan. The LCH can perform extensive combat search and rescue missions (CSAR), Suppression of enemy air defences (SEAD), counter-insurgency (CI) operations, it can counter slow-moving aircraft and remotely piloted aircraft (RPA), high altitude bunker-busting operations, counter-insurgency operations in both jungle and urban environments. It can provide close air support (CAS) to ground forces and will be a potent platform that will fulfil the operational needs of the IAF and the Indian Army.

The LCH incorporates state-of-the-art technologies and systems along with stealth features such as visual, auditory, radar, and infrared signature reduction. It features a tandem design with extensive use of composites to reduce the overall weight of the helicopter. It has a reinforced structure that gives it significant crashworthiness for enhanced survivability. It will be deployed in combat roles in service of the nation for the next 3 to 4 decades.

It is armed with one 20mm M621 cannon or the Nexter THL-20 gun turret. It has 4 hardpoints that can carry an array of missiles, 70 mm rockets and bombs. It can carry 4 x 12 FZ275 Laser guided rockets. In the air to air mode it operates 4 x 2 French Mistral missiles. In the anti-tank role 4 x 4 Dhruvastra are planned to be integrated into the platform. For the time being the Nag/Helina air launched missile will be used. it also carries various unguided munition. These include cluster munition, unguided bombs and grenade launchers. It includes an Missile Approach and Warning System (MAWS). It integrates the SAAB radar and the laser warning systems. It uses the Elbit CoMPASS optoelectronic suite as the main targeting system of the aircraft and for other reconnaissance purposes. Apart from these it utilises countermeasures like chaff and flares dispensers to evade enemy missiles.

Comparison With the HAL Rudra:

The HAL Light Combat Helicopter (LCH) is a derivative of the HAL Rudra helicopter and hence share many similarities with its parent program. The HAL Rudra is an armed version of the HAL Dhruv Helicopter. They share the same weapon package and most of the avionics on both the systems are same.

The IAF and the Indian Army were pleased with the performance of the LCH during the Galwan conflict earlier this year, and hence a procurement of 15 helicopters was done recently. Further orders are expected as both the IAF and the Indian Army need helicopters of this class. The LCH also has enormous export potential as it is cheaper when compared to its western counterparts and is a splendid platform. Recently Nigeria and several African countries have expressed interest in procuring the LCH. It has also given the Make in India initiative a considerable boost, and several cutting-edge technologies have been indigenised over its developmental cycle. Overall, it will bolster our nation’s security capabilities and give our forces a much-needed edge over our enemies. 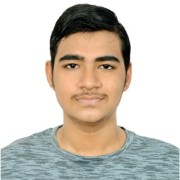