Described by the firm as a naval and artillery unit force-multiplier, Sea Breaker, which has stand-off ranges of up to 300 km, can be fired both from land and surface ships.

Though company sources said they would be offering the system to India in future with a possible Make in India initiative, the country already has a similar product, BrahMos, an Indo-Russia missile system.

The Israeli company has an existing joint venture with Indian private firm Kalyani and is called the Kalyani Rafael Advanced Systems (KRAS).

The joint venture had this March rolled out its first batch of Medium Range Surface to Air Missile (MRSAM) kits for the Indian Army and the Indian Air Force.

These missile sections will be sent to the state-run Bharat Dynamics Limited (BDL) for further and future integration.

Sources said the same facility can be used for future Make in India initiative.

The Sea Breaker can be launched from naval platforms, varying in size, from fast attack missile boats, to corvettes and frigates. The land version is based on Rafael’s SPYDER air defence launchers, in service with the Indian Air Force.

The battery architecture supports standalone launchers, or operation as an integrated solution, with a command and control Unit (CCU) and various sensors, based on customer requirements.

While the Sea Breaker flies at “high subsonic speeds”, the Brahmos is a supersonic cruise missile and would be seen as a direct competition to the Israeli system.

Adding extra weight in favor of BrahMos is that the missile can be fired from ships, land, and air. Work is also on for a submarine-launched BrahMos variant.

While both missiles have a similar range, enhanced range versions of the BrahMos are already being rolled out.

However, Rafael sources said the missile can be modified for air operation as well if a customer so needs and the speed can be made to supersonic too in the future.

Rafael said Sea Breaker performs deep-learning and big data-based scene-matching, a feature that is available on the Spice 2000 that was used during the Balakot strike. The Spice 2000 is also manufactured by Rafael. The Spice 2000 uses a Digital Scene Matching Area Correlator (DSMAC) technology which automatically matches the target, as it zooms in, with the image that has been pre-fed, besides the GPS coordinates.

The Sea Breaker has full operational capability in Global Navigation Satellite System (GNSS)-denied arenas, in all weather conditions. The missile is electronic countermeasures immune and jam-resilient. 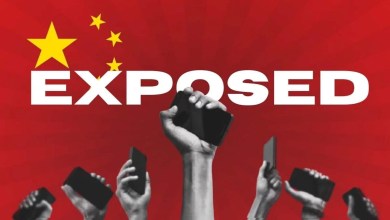