Hello defence lovers! In this article we are going to discuss a very sensitive issue. We are going to discuss the Uyghur Muslims of China and the human rights violation against them. We would term this as the “Uyghur Genocide”. We would look at their history and would try to understand why the Chinese communist party hates them so much.

In Northwest China, there is a province called Xinjian. Ironically it is autonomous with no actual autonomy just like other autonomous regions like Tibet. The Communist party of china strongly controls the region. Over 40 ethnic groups live in Xinjian province. But there are two major ethnic groups – The Han Chinese and the Uyghurs. The communist party exercises severe control over international media, social networking and the internet. Thus very few reports of the atrocities actually escape the iron curtains of China.

The fight between the Uyghurs and the Han Chinese is decades old. But after 2009, China became absolutely aggressive towards the Uyghur Muslim population. By 2010, the attacks by the Communist Party led to the global Uyghur human rights crisis. In August 2018, the United Nations Human Rights Panel said citing credible reports that 10 lakh Uyghur Muslims are kept in detention camps which the Communist party call “Vocational Training Centres”. In November 2019. the New York Times got a 400 pages secret document which revealed the unprecedented crack down on the Uyghur Muslims.

Who Are The Uyghurs?

Uighur is an indigenous ethnic group of northwest China and Central Asia. in the Uyghur autonomous region, there are over 10 million Uighurs. Their population in Kazakistan, Uzbekistan, and Kyrgistan is roughly around 3 lakhs. Uighur language is part of the Altaic group of languages which include Turkic and Mongolian Languages.

Uighurs are also the oldes Turkic speaking people in the region. They are mentioned in 3rd century CE but their prominance was seen in 8th century CE when they established their own kingdom near Orkhon river. Initially the Uighurs were based in mongolia but later spread across the entire central asia.

Around10th century CE, Uighurs accepted Islam as their religion and were known as the Uighur Muslims. Nearly 80% of them are ‘Sunni Muslims’.

Being an autonomous region why China exercises strict control over the Xinjian? Xinjian province is located in the northwest of the country. It shares an international border with Mongolia, Russia, Kazakhstan, Kyrgyzstan, Tajikistan, Afghanistan Pakistan, and India. Internally it shares boundaries with Tibet, Qinghai, and Gansu province. It is China’s largest political unit which shares very important international borders. Xinjiang province is mineral-rich and strategically very important for China.

The Beginning Of Violence

After the Chinese Revolution in1912, the Xinjiang province was captured by a Uighur commander. He was later appointed as the governor by Beijing but he was assassinated in 1928. After the victory of the Chinese Communist Party in 1949, the central government implemented liberal policies in the region, and Xinjiang was declared autonomous in 1955. As Mao Zedong introduced the cultural revolution, demographic changes hit Xinjiang. The Han Chinese started migrating from mainland china. When Sino Soviet Split was at its peak, the Uighurs participated in a mass exodus into Soviet Kazakhstan under the fear of religious persecution. The tensions between the communities.

The religious persecution of the Uyghurs became more severe and brutal after the communal riot in the capital of Xinjiang in which as per the CCP, several hundreds of Han Chinese died. The CCP responded with the brutal suppression of the Uighur minority.

Several leading media houses including the New York Times, The Guardian, BBC news network, etc have reported that China is operating concentration camps. According to the UN, there are over 10 lakh people in these camps. According to reports, there is a severe human rights violation. The Uighurs are forcefully sterilized by the communist government. The women are systematically raped and sexually tortured by the guards. Several thousands of young Uighurs have disappeared from these camps. Former United States Secretary of State Mike Pompeo has called this Humanitarian crisis a Genocide. The detainees are forced to work without any wages. There are reports of medical experiments being conducted. Some reports also suggest that organs are being harvested from the detainees of these concentration camps.

The International Community must come together to prevent these Human Rights violations in Xinjiang province. All the world leaders have to exercise their power to pressurize china. Sanctions must be imposed on China for its crimes against humanities. The international community must respond to prevent the Uyghur genocide to turn into the Holocaust of the 21st century.

Maldives To Replace Turkey As UNGA President: Victory For India 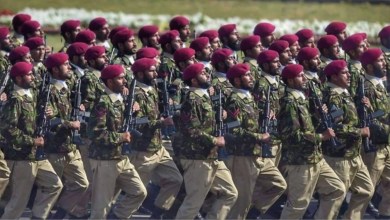