The navy’s principal mission is to protect the nation’s maritime frontiers and, in collaboration with the other Armed Forces of the Union, to deter or defeat any threats or aggression against India’s territory, people, or maritime interests, both in war and peace. The Indian Navy develops bilateral relations with nations through cooperative exercises, goodwill visits, and humanitarian missions, including disaster relief.

While the President of India is the Supreme Commander of the Indian Armed Forces, the Chief of Naval Staff (CNS), who holds the rank of Admiral, leads the Indian Navy’s organizational structure.

Indian Navy will have all indigenous vessels by 2047.

Complete Breakdown Of The Chinese Navy

The PLAN dates back to naval units fighting during the Chinese Civil War and was founded on April 23, 1949. Throughout the 1950s and early 1960s, the Soviet Union helped the PLAN by providing naval advisers and exporting equipment and technology. The People’s Liberation Army Navy is divided into five branches: the Submarine Force, Surface Force, Coastal Defense Force, Marine Corps, and Naval Air Force. It has the largest number of major surface combatants of any navy globally, with an overall battle force of approximately 350 surface ships and submarines — in comparison, to the United States Navy’s battle force. It has the second largest navy in the world in terms of tonnage, which stands at 1,820,222 tonnes as of 2019, only behind the United States Navy.

As China and India compete more aggressively, the Indo-Pacific region is becoming a geostrategic focus point for both countries. While China has sought access to strategic ports to gain an economic and strategic advantage, India’s role in the region is increasingly seen as a defender of the international order in the region, particularly in terms of maintaining open sea lanes and freedom of navigation.

China produces the most ships per ton in the world and is practically self-sufficient in terms of shipbuilding. When an image of five new Type 052D guided-missile destroyers being built at the Dalian shipyard in Northern China, one of two key facilities building big surface combatants surfaced on social media, it emphasized this capacity, which is being bolstered by shipyard expansions.

This class of destroyer “represents the culmination of decades of ship design development by the China Navy or People’s Liberation Army Navy (PLAN). “The Chinese have finally found a design they are satisfied with the 052D, and they have been engaging in serial production in recent years, with over 14 currently in the fleet,” said Christopher Twomey, assistant professor of national security affairs at the United States Naval Postgraduate School in Monterey, California.

The China Navy’s fleet has risen by 132 warships in the last 17 years, making it the world’s largest by number. A rise in missile-armed quick patrol craft and corvettes accounted for approximately 65% of this growth. According to sources, China built more warships between 2017 and 2019 than India, Japan, Australia, France, and the United Kingdom combined. According to a Pentagon news release, the 2021 China Military Power assessment indicated that China possessed an entire battle force of around 355 ships and submarines.

The Chinese navy is growing faster than any other significant navy, and it is also modernizing. There may be obstacles ahead, such as China’s aging population and the rising cost of maintaining what has already been built, but growth is expected to continue.

With all of PLAN’s advancements and accomplishments. There is no doubt that the Indian Navy has grown organically during the last fifteen to twenty years. The Indian Navy currently has two aircraft carriers, INS Vikramaditya and INS Vikrant, and plans to build a third, INS Vishaal, most probably by 2030-2032 if got timely approvals.

The primary areas of Indian Naval expansion have been seagoing airpower, destroyer and frigate units, and submarines.

In a press conference with USNI News, retired Commodore Sujeet Samaddar, the Founder and Secretary of the Society for Aerospace Maritime and Defence Studies (SAMDeS) stated that the “biggest transition” for the Indian Navy occurred around 2004 to 2005 timeframe when there was a shift in force level requirements planning from a threat-based evaluation to a capability-based perspective. This implies that rather than looking at potential competitors and attempting to outbuild or replicate their platform numbers, the Indian Navy focused on offering specific capability upgrades.

For example, the force structure is meant to offer protection from the shore out to several nautical miles by adding more competent ships and planes with longer ranges and more sensors to the inventory.

A prominent illustration of this is the expansion of India’s surface warfare fleet, which has improved with the arrival of successive classes of destroyers, frigates, and corvettes. Furthermore, Indian shipyards thrive in this industry because they can build and launch multiple vessels concurrently and regularly.

The Indian Navy bet that if it can accelerate submarine projects, improve mine-countermeasures capability, and reshape its carrier force and air wing, it will be able to operate more effectively with the Japan Maritime Self-Defense Force, Republic of Korea Navy, and Royal Australian Navy while remaining competitive with China.

The Prime Minister of India, Mr. Narendra Modi, commissioned the Indian Navy Ship Vikrant in September 2022. As a result, India has joined China as one of the most powerful warships. This commission will enable the Indian Navy to design and build an aircraft carrier on its own.

Can India’s Navy Compete With China’s Navy? A Theoretical Situation

Captain Kamlesh Agnihotri (Retd.), a senior fellow at the National Maritime Foundation (NMF), responded that “our robust carrier-based force would be able to confront the obstacles,” according to a press release from CNBC-TV18.com.

However, Lieutenant Colonel JS Sodhi, a Defence and Strategic Affairs specialist, stated that “India is quickly rising as a big naval force, but China has an advantage.” “We have picked up speed in indigenous defense manufacture, and they are slowly catching up,” Sodhi noted.

With the Indian Navy’s spontaneous progress and recent establishment, they have been on the Chinese radar and pose a significant threat to Beijing. According to Admiral Mike Gilday, Chief of Naval Operations of the United States, if a battle breaks out between the two navies, while the Indians keep up with them, the United States will also be in their support.

Recently, Indian Navy Chief Admiral R Hari Kumar stated that China remains a formidable challenge and has increased its presence not only along India’s land borders but also in the maritime domain by leveraging anti-piracy operations to normalize its naval presence in the Indian Ocean Region (IOR).

‘Our capability plans and developments that we are looking at is not based on a nation, it is based upon our requirements to protect, preserve and promote our national interests, Navy Chief Said. 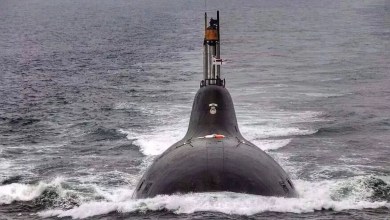 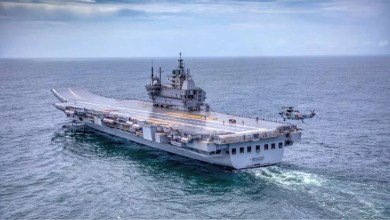