Sukhoi-30 MKI is the backbone of the Indian Air Force, A twin engine-Heavy- Long Range- Air Superiority fighter jet of Russian Origin made in India under license by HAL is a time tested machine which has shown its capabilities to the world whether we take the Case of Detecting Chinese 5th Generation fighter jet (Chengdu J-20) or dodging several AMRAAM’s (Advanced Medium Range Air to Air Missiles) which were fired from Pakistani F-16’s.

The Sukhoi’s fear in our neighbors is so much that we often hear news of Pakistan trying to steal technologies of Su-30MKI, The Indian Air Force is planning to convert these machines even deadlier or deadliest by upgrading them to “Super Sukhoi”, without a doubt the Super Sukhoi would be the best aircraft of its 4.5++ Generation family and many experts say that Super Sukhoi can outperform any fighter jet in the whole South-Asian Region because of the reason that for sure Super Sukhoi would be far superior to Su-35 MKK( Chinese Su-35) and will have 5th gen capabilities and would come close to Su-57, while the Current Sukhoi is able to Detect 5th Generation fighters like J-20, it has also achieved amazing 9:1 Kill Ratio against USAF F-15 Eagles and some sources say that even a 12:0 Kill ratio against RAF Eurofighter Typhoon.

Why Is The Upgrade Necessary?

Mainly the upgrade is done to reach the need decades which is “Technological Edge Over Our Neighbours” because of the reason that the Current Sukhoi-30MKI might be able to fight and detect Chinese 5th Generation Fighter but lacks far behind in Avionics and Stealthiness and even falls behind Su-34 in (Electronic Warfare) EW capabilities so to improve them, The Upcoming Super Sukhois may also have Structural Changes For Stealthiness And More Better Engines and many other Avionics, They will be much advanced than Su-35 and will come close to Su-57 also it will derive its technologies from These 2 Jets only.

RADAR– The current N011M BARS radar of Su 30 MKI have a radar capable of searching objects till a range of 400 km and tracking them in 200 km of the range that’s why many peoples even call it as a mini AWAC(Airborne Warning And Control System) it can track 20 objects at a time and engage 8 of them at once, however the current radar is not AESA ( Active Electronically Scanned Array) Radar so it can be jammed but Super Sukhoi will have a modern AESA radar and top contender for that is X-BAND N036 BYELKA AESA radar it is the same radar used in Russian 5th generation fighter jet which is Su-57, some experts even say that radar of Su-35 can also be integrated which is N035 Irbis-E radar both the Radar of Su-30 and Su-35 have almost same range however the N035 Irbis can track more objects at a time that are 30 but still it can engage 8 objects only at a time but then it is PESA (Passive Electronically Scanned Array), Now if the whole program is about Modernisation then, of course, old PESA will not be used as they can be JAMMED, India have a lot of options for modern AESA radar from Uttam AESA (Under Development) radar to X-BAND N036 BYELAKA RADAR.

ENGINE-Another interesting thing to see in the Super Sukhoi program will be its engines the Su-30MKI currently have Saturn AL-31 Turbofan engines which generate a maximum thrust of 123Kn afterburner however new engines of Super Sukhoi are expected to be much more powerful to carry more avionics, weapons, fuel, and thousand other things, the best option are the Izdeliye-30 engines which are present in Su-57 which generate a thrust of 176 kN with this much thrust the Super Sukhoi can do wonders or other options are the engine of the Su-35 which are AL–41F1S  these engines can create a thrust of 142.2 kN but still the engines of Su-57 weight 30% less than that of Su-35. Engines will play a huge role in determining Radar as both Radar’s either of Su-57 or Su-35 need a powerful engine, if a wrong engine is selected for any of these radars then Su-30 can meet the same fate of Chengdu J-20, Some reports even say that India will not surely choose Russian Engines as Russian engines although powerful don’t have a less maintenance cost also India have a variety of Engines options varying from DRDO-Rolls Royce next-generation engine to American or Western Engines.

ARMAMENT– The major change in the Weapon pattern of Super Sukhoi will be that it would be able to carry three BrahMos- A missiles which have a range of 300-350 KM also the new AESA radar will be able to control long-range missile like in the BVR category so the Super Sukhoi can be equipped with Astra BVR missiles which are much better than current R-77 missiles on Su-30MKI while on the other hand in short-range missile category the ASRAAM (The Advanced Short Range Air-to-Air Missile) are the best options to consider for the Super Sukhoi.

AVIONICS & EW CAPABILITIES– The current Sukhoi have analog avionics that with the subsystems of Israel, Russia, and France which are planned to be replaced by modern digital avionics. EW Capabilities of Sukhoi-30MKI would be enhanced by Indigenous DARE’s High Band Jammer Pod (HBT), Dhruti Radar Warning System, and a Dual Color Missile Approach Warning System.

PROJECT VETRIVALE– Indians Su-30MKI not only consist Indian and Russian systems but also have Israeli, French, and South African Instruments so for indigenization and upgrade of Su-30MKI India launched project “Vetrivale” which according to India was accepted Enthusiastically by Russian Counterparts here’s the list of what India has developed Especially For Sukhoi’s.

Now the reason this falls under CONSTRAIN can be understood by the thing that Russians would want more Russian Instruments in Sukhoi’s while, on the other hand, India would demand Indigenous as well as Sub-Systems of other countries then it can create a problem however a solution to this is that Russia would use Russian Instruments in their Sukhoi-30 SM (Russian Variant of Sukhoi) while India can go ahead with Indigenous systems in Sukhoi-30 MKI, till now Russian response for Upgrading Sukhoi-30 MK to MKI is “Enthusiastic” as they have allowed integration of Sub-Systems from Many Countries.

The Super Sukhoi Came to the limelight recently when news from Unofficial sources came that Russian Super Sukhoi or Su-30 SM2 will fly in December 2020 also during Aero-India 2019 some unofficial reports said that Russian officials claimed that they had received a whole list of Instruments which India want to ‘Embed’ in Super Sukhoi further, The EX Air Chief Marshal of IAF BS Dhanoa said that India needs to upgrade its Sukhoi fleet to an interview with a Russian newspaper; he also added that “Russia has helped India to upgrade MIG-21, MIG- 27, and MIG-29.”

If Super Sukhoi is invested with the right amount of money then without a doubt it can rise as the best 4.5++ Generation fighter with near fifth-generation capabilities, Russia has helped India every time we needed and has never ever resisted India from adding or reducing instruments from other countries also the scope for more weapons and instruments increase because of plans for structural changes, while the current Su-30 MKI has shown its capabilities again and again whether we take the case of 9:1 Kill Ratio against F-15’s or Dodging Several AMRAAM’s and ASRAAM’s fired from Pakistani F-16’s, Impressed by this Russia also wanted to know that Why and How, Indian Su-30 MKI’s are so powerful and that’s, why even Russia will develop their Su-30 SM’s to Su-30 SM2, might be because of the reason that Russia thinks either Su-30’s are underrated or Su-35’s are Over-Rated. Reports also came that this program can help India to achieve 70% of the availability rate for Su-30 MKI’s which once went down to 50%.

All Eyes are now set to Putin’s Visit to India. 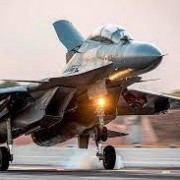 GSL Makes Another Ahead Of Schedule Delivery Of New OPV