NavIC is the operational name of the Indian Regional Navigation Satellite (IRNSS). It is an autonomous regional navigation system, developed by ISRO. PM Modi in 2016, gave the name “NavIC” after the successful launch of the 7th satellite, IRNSS-IG,of NavIC’s constellation system.

“Geopolitical needs teach you that some countries can deny you the service in times of conflict. It’s also a way of arm twisting & a country should protect itself against that”

Kargil war, 1999. At the time, India sought the use of U.S owned GPS. Indian military required vital information regarding positioning, navigation & timing [PNT] of hostile forces in Kargil. However,the U.S denied access to the use of GPS in the region. India,after the war, turned to countries that had their own Global Navigation satellite system (GNSS). India entered into negotiations with European Union (EU) for contributing to development of Galileo Satellite Navigation System(SNS), in exchange for reliable data for military use and defence applications. But the negotiations were fruitless. It was due to concerns like availability of sensitive data to other countries & Chinese funding of the project. At last, Russia agreed to provide the necessary data for military use . But ,GLONASS (Russia’s GNSS) was unable to provide precise information for use of missiles and weaponry.

In 2009 and 2012, Brahmos failed to hit targets in trial operations. Why? This happened because U.S shut off the GPS satellites without any warning. Due to this, Brahmos’ guiding system got crippled, failing to fulfill it’s objectives. The agonizing experiences made the need for an Indian Navigation Satellite System indispensable.

In 2006,Indian government gave assent to the project called “Indian Regional Navigation Satellite System”. In totality, 9 satellites has been launched between 2013-2018. These are IRNSS-1A,IRNSS-1B,IRNSS-1C,IRNSS-1D,IRNSS-E,IRNSS-1F,IRNSS-1G,IRNSS-1H & IRNSS-1I. In fact, only 7 satellites are required to complete NavIC constellation. Due to partial failure of IRNSS-1A(failure of Rubidium atomic clocks onboard ) & failed launch of its replacement i.e IRNSS 1H,led to launching of the extra satellites. IRNSS 1I was launched to finally complete NavIC’s constellation. 2 backup satellites are also maintained . The number of operational satellites will be increased to 11 in the future. This will further expand coverage & accuracy .

NavIC provides Standard Position Service (SPS) & Restricted Service (RS). SPS is for the normal civilian use. SPS gives positional accuracies of 10 m over the Indian landmass and 20 m over the Indian Ocean. On the other hand, RS is the encrypted level for defence applications and use by Indian armed forces. Accuracy of RS Level is between the range of 0.5-5m.

NavIC vs GPS , Which One’s Better?

For NavIC, the primary range covers Bangladesh , Pakistan, Sri lanka & parts of China. While the secondary range is much more extensive. On the other hand, GPS is a Global tracking constellation. It covers the whole earth.

GPS requires 24 satellites to be operational & has 31 satellites (out of 33)in orbit. All of these revolve in Semi-Geosynchronous orbit. The orbit is at an approx. height of 20000 km (medium earth orbit ) from earth’s surface. While for NavIC, 3 revolve in Geostationary orbit and remaining 4 revolve in Geosynchronous orbit. NavIC’s satellites are at a height of 35000 km appox. (high earth orbit ) from earth’s surface . Although GPS has more number of satellites,it is more prone to blocking of signals by high mountains and peaks, especially on the horizon. This is due to the placement of GPS constellation in medium earth orbit. NavIC’s satellites are not subjected to constraints. Signals can be obtained even in steep valleys and canyons.

NavIC uses dual frequency bands , L5 (1.17GHz) & S band (2.5 GHz). On the contrary , GPS uses a single frequency band, L band. Now, when low frequency signal travels through the atmosphere, its velocity changes due to atmospheric disturbances. Therefore, GPS relies on atmospheric model to assess any frequency error. The model requires updation from time to time, to assess & correct any error. While in NavIC, error is assessed by measuring the differences in the delay of the dual frequencies (L5 & S bands). Making NavIC more reliable & accurate in comparison to GPS.

All the satellites of GPS revolve in a Semi-Geosynchronous orbit. Additionally, GPS’s satellites take 11Hrs(almost 1/2 of earth’s rotation time) to complete one revolution. This makes acquiring position of an object move tedious. The fast velocity provides for relatively inaccurate positioning . The user will keep on jumping around from one satellite to another (for signal) increasing the acquisition time frame. Therefore, for densely built areas GPS lacks reliability.

Contrary to this, NavIC provides a pin point accuracy. This is due to the direct line of sight maintained between the satellites (in Geosynchronous orbit) and the user (all the time) . Also, NavIC’s satellites take 23hr, 56min & 4 sec out (exact earth’s rotation time) to complete one revolution. This makes the accuracy more precise and reliable.

Although, the civilian side service of both NavIC & GPS is equal (accuracy wise).NavIC will improve everything that GPS lacks in terms of navigating in Indian environment. It is the best option for geographically diverse terrains of India.

Services provided by NavIC multiplies Indian armed force’s strength. The Army, Navy and Airforce can rely on assured positional data during hostilities on land,sea or air. Most modern weapon systems like guided missiles, bombs, defence systems use navigation systems for proper targeting and maximum lethality. An indigenous system like the NavIC will sure reliable development and execution of such capabilities.

India has been taking forward leaps in defence manufacturing like Brahmos, LCA, LCH and many more. Navigation is an integral part of such weapon systems. And possessing homemade and reliable satellite navigation system immensely helps Indian Armed forces to become more ‘atmanirbhar’. 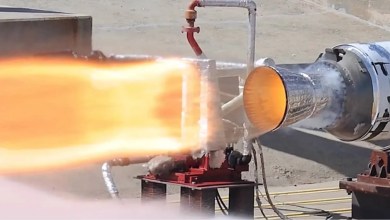 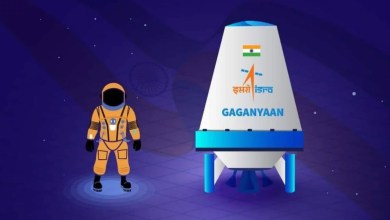 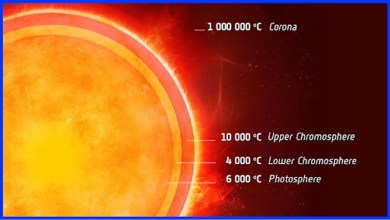