Today in this article, we will discuss what is meant by President’s Colour, its history, Why it is awarded? To whom it is awarded etc., and many other things……….. let’s start……………

The President’s Colour award has its history way back to ancient Indian traditions. In ancient times, whenever any military unit marches, they carried ‘dhwajas‘ or ‘patakas‘ or simply a flag, of their respective kings to demonstrate their king’s supremacy. The flag had emblems or message of their kings to other rulers.

Read more: The Real Story Behind Bhuj: The Pride of India

During British rule in India, the tradition continues. The military unit of the British Armed Forces of that time carried the king’s/queen’s version of the flag, whenever they go for a military march.

When India become Republic on 26 Jan 1950, one day earlier i.e. on 25 January, all 33 of the King’s Colours or Flags which had been presented to the Royal Indian Army, Royal Indian Navy, Royal Indian Air Force and their respective commands were “laid up” at the Indian Military Academy, Dehradun.

The use of all the previous king’s or queen’s version of flag were abandoned. And, the flags were renamed as the “Colours of the President of the Republic of India”. The award was first bestowed to the Indian Navy in 1951, as Navy being the senior of all the three branches of the Indian Armed Forces.

The President’s Colour is one of the highest honour that can be awarded to any military unit, military training establishments and state/UT Police Forces of India. It is bestowed upon in recognition of exceptional service of at least 25 years rendered by a military unit to the nation, both during war and peace. It is also known as “Rashtrapati ka Nishaan” in Hindi.

It is a type of special flag which is awarded by the President of India to a military unit in an organised ceremony. The flag consists of a golden border in the middle, it has insignia of a respective military unit, training establishments and police forces in the centre. Sometimes, it may also contain the motto, important achievements and battle participation of those military units to which the award is bestowed.

In today’s time the tradition of carrying a flag by a military unit while marching on the battlefield has completely stopped. But still the tradition of receiving, holding and parading the Colour continues even today in the Armed forces of India. During any ceremonial parade, the President’s Colour i.e. the special flag of a military unit is kept at a special position and soilders often march with the President’s Colour at important dates like on their establishment anniversary.

Join our Telegram channel for such articles important defence updates. 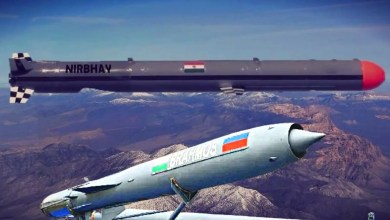 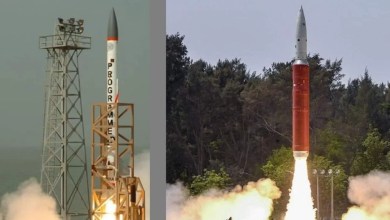