Hello defence lovers, in the last two articles were discussed various aspects of the AMCA programme. We discussed the need, development so far and possible timeline and numbers of AMCA in part 1. In part 2, we understood the design, specifications, performance parameters, avionics and the possible weapon package of AMCA.

In this article, we will go into detail and discuss some aspects in depth. Today we will discuss the advanced features that we may get to see in AMCA. We will also discuss major challenges that are there in the way of the AMCA project.

Let’s discuss these advanced features one by one.

Stealth is the main characteristic of a fifth-generation fighter aircraft. AMCA will have both geometric and material components of stealth. The following features will help AMCA in achieving stealth.

Geometric stealth is a phenomenon where the design of aircraft is made stealthy. The aircraft is designed in a way that it will have the minimum Radar Cross Section (RCS). AMCA’s diamonds shaped trapezoidal wings design will help in this. Also, the frontal fuselage will have a stealthy design.

Material stealth implies that the material used in building aircraft and coats and paints have stealthy features. They are either transparent to radar waves or absorb these waves. Thus aircraft isn’t easily captured on radar. AMCA will have composite material and stealthy coatings.

Air intakes- We have seen that AMCA will have Serpentine air intakes. These intakes reduce the exposure of the engine’s fan blades from the frontal side. This reduces the RCS and thus increases stealth.

This is another important feature of the fifth-generation fighters. It is an ability of an aircraft to travel at sustained supersonic speed with weapons payload without using afterburners. Many current fighters can fly at Supersonic speed but only for short times and using afterburners. We know that afterburners consume ab plot of fuel. Thus supercruise will add to efficiency and performance considerably. As seen in part 2, AMCA can have a supercruise speed of Mach 1.82.

3. AMCA as a Swing Role Fighter

Most of the fighters today are multi-role fighters. Thus they can perform various roles like air-to-ground and air-to-air combat roles. But on a single mission usually, they play only one predetermined role with their weapon package on-board. But in swing-role, a fighter can change its role in a single mission as per the requirement. Thus stealthy AMCA with a formidable weapon package in swing-role will be a deadly fighter.

Fighter aircraft of today’s times operate with fly by wire system. This means that the earlier manual controls are replaced by electronic systems. Fir by Optics system will be an advanced version of this. Here optical fibres will be used to transmit data. Thus the systems can work faster due to higher capacity of optical fibres.

AMCA is likely to have a capacity of being optionally manned. This means the aircraft can fly without a pilot in its cockpit. The aircraft can be controlled from the ground station just like a UAV.

These are going to be the future of air warfare. This system will use directed energy rays like Laser to neutralize the target. The current system of carrying missiles limits the number of missiles that can be fired. But these energy weapons won’t have such limits as they work on electrical energy. This energy will come from the engine of the aircraft.

Challenges For The AMCA Programme

Developing such an advanced programme will surely have some challenges. These are as follows.

1. Meeting The Timeline Of AMCA

The timeline of AMCA mk1 is clear but there is some ambiguity about the timeline of AMCA mk2. Many advanced technologies of AMCA are currently under development parallel to the program. Thus it is necessary that these technologies are ready for induction in time. The depleting strength of fighters is another concern. Also, the past experience of delays in the LCA Tejas programme gives a strong argument to the critics of the programme.

AMCA needs to have a strong radar with advanced sensors and a good information-sharing system. The proposed variant of Uttam AESA radar needed to be developed by 2024. Advanced Missile Approach Warning System (MAWS) needs to be there. There can be a system like Distributed Aperture System that is used is F-35. It has 6 electro-optical sensors placed on the body of the aircraft. These provide 360° coverage. Such a system needs to be there. Also, Artificial intelligence and deep learning need to be integrated to process data faster.

Network-centric warfare is the future. With advanced systems, more data needs to be processed in less time over long distances. This needs a good data link that connects aircraft with other aircraft, ground stations, UAVs, ships etc. Currently, IAF isn’t having such a data link that can connect all its fighter jets. It is going for a  jugaad. Israeli BNET software-defined radios are being integrated into most of the fighters which are of Russian, French and Indian origin.

4. Developing An Engine For AMCA

The actual work on the engine to be used in AMCA hasn’t started yet. India’s indigenous Kaveri engine programme could not achieve desired success. The engine of AMCA is expected to be of 110 kN. It will be developed with a foreign partner, most probably Rolls Royce. This engine should be powerful enough to meet the increased energy demand is the aircraft. Energy demand would increase due to more powerful radar, advanced avionics and of course the Directed Energy Weapons. Thus developing a proper engine is also a major challenge.

AMCA programme will be the epitome of India’s fighter jet programme. India will be the fourth country in the world after US, Russia and China to develop a fifth-generation fighter. If it is successful AMCA will be a force multiplier for the IAF.  It will add many advanced technologies discussed above. Also, the road has many challenges as we saw. But let’s wish that the HAL, DRDO, and ADA will overcome them and we will see the AMCA flying in a defined timeline. 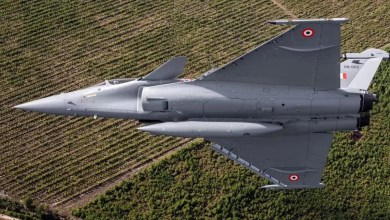 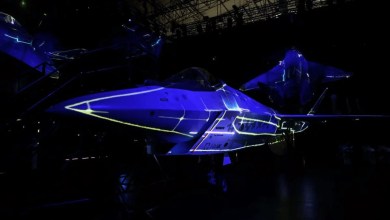 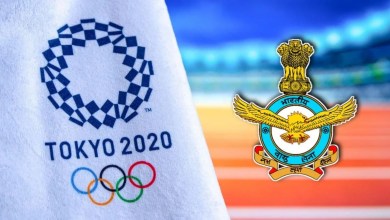