Do you know about Naval Mines? It is a type of explosive device, which is placed in the water to destroy the ships and submarines of enemies. These naval mines are self-triggering explosive devices that come into action when comes in contact of a ship. In simple terms, it works similar to that of a land mine. When a ship or submarine approaches it unknowingly, in a particular range or specified by the manufacturers, these mines explode resulting in destroying of the vessel.

In modern warfare, due to advanced technology, naval mines have become more dangerous. Now, the mines can be triggered electronically and there is no need to be physically ignite the explosives as older times. Mines can often be used as a weapon in the combat. If the enemy is now aware of the mine, it will easily destroy its naval vessels. However, this complex problem has a solution. Minesweeper is the ideal answer to the question that how to save our ships from mines! A Minesweeper is a naval vessel which detects the mines in the sea so that other ships can move forward without getting damaged. This is a small warship, which is designed to keep the sea safe for journey.

How Does The Minesweepers Work In The Sea?

Minesweepers are advanced ships with many mechanical and electronic devices for smooth functioning. These devices are also known as “sweeps” for disabling the mines. It is constructed in such way that it reduces the chance of detonating the mine itself. The ship is made soundproof to reduce its acoustic signature. To reduce magnetic effects, which can cause explosion of mine, the minesweeper is made using wood or non-ferrous materials. In addition to that, some devices called as mechanical sweeps are designed to cut the anchoring cables of mines to neutralize the mine successfully. Usually, they are fixed behind the minesweeper to maintain their location and positions.

Explode the mines to remain safe in the future

Difference Between Minesweepers And Minehunters

A minesweeper is different from a minehunter. Minehunter destroys the mines individually by selecting them one after one. On the other hand, Minesweeper clears the whole area, which has been mined. It does not specifically detect individual mines. If a vessel is combined to produce the functions of both minehunter and minesweeper, that will be known as mine countermeasure vessel.

How does the minehunter destroy the individual mines so accurately? It uses the imaging sonar to detect and classify the targets. As a result, it sends the divers to inspect and then neutralize the threat. Minehunters differs in size also than minesweepers. They are smaller in size and are shallow-draught vessels. As these vessels remain in the closer proximity of mines, higher maneuverability is required. Therefore, minehunters are constructed small and agile so that they can maneuver easily through a mine in the vicinity.

Gallantry Awards Of India: Important Facts Every Indian Must Know The Sinking Of PNS Ghazi- A Mystery 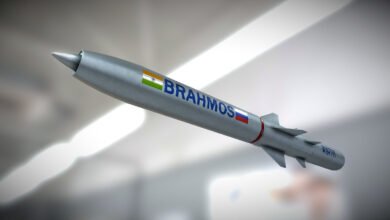