Hello defence lovers, welcome to the second edition of the “Know Your Enemy” series. In this article, we will discuss the Chinese Air Force. If you haven’t already checked out the first article of this series on Liaoning, click here. Like always, I will remind you that this series is more about our near-peer adversaries. Also, always remember that there is no permanent enemy or permanent friend in geopolitics, only permanent interests!

History of the Chinese Air Force

The PLAAF first experienced combat in the Korean War. It was against the United States-led allied forces. Chinese Airforce used the Mikoyan-Gurevich MiG-15 fighter aircraft. It was provided by the Soviet Union, which also assisted in expanding the Chinese aerospace industry.

Several changes in the organization of the PLAAF, followed by multiple modernization programs in the 1990s and increased technological developments in the 21st century, have resulted in the creation of the J-20 multi-role stealth fighter, the first of its kind for China.

The Chinese Air Force operates some 1700 combat aircraft, including bomber, fighter, and ground attack aircraft. However, all but the exception of two are copied Russian designs.

The type of fighter most copied by China is the MiG-19, known by the Chinese name of the J-6 fighter. The ground attack version of the J-6 was made in-house and is known as the Q-5. China still has about 150 of these aircraft in service, upgraded to use precision-guided weapons.

In the 1960s, the Soviet Union transferred MiG-21 to China. It was reverse-engineered into the Chengdu J-7. Its production continued till 2013, with thousands of these being produced and exported. China still operates some 400 units of this aircraft.

The 1960s were a challenging time for the PLAAF. Development and modernization were severely impacted by the economic and political chaos of the Cultural Revolution, the Sino-Soviet split and the Great Leap Forward. Starting in the 1985s, Force reduction led to reorganization and streamlining.

In the 1980s, the Air Force made serious efforts to improve its pilots’ training and raise the educational level. It was ensured that all new pilots were at least middle-school graduates. However, the time it took to train a qualified pilot capable of performing combat missions was reduced from four or five years to two years.

The Chinese air force received significant support from the Western bloc in the 1980s as China was seen as a counterweight to the Soviet power. However, This support ended in 1989 due to the Chinese crackdown on the Tiananmen protests in 1989.

In the 1980s, the primary mission of the Chinese air force was the defence of the mainland; hence, most aircraft were assigned to this role. The force had very limited military airlift and aerial reconnaissance capabilities.

The Chinese Air Force operates a large and varied fleet of 3,010+ aircraft, of which 2,100 are combat aircraft (fighter, attack, and bombers). According to the International Institute for Strategic Studies, Chinese combat pilots acquire an average of 100-150 flying hours annually.

The Xian H-6 is a twin-engine medium-category bomber based on the Tu-16 Badger. The Soviet Union developed Tu-16 in the early 1950s. It is also the only actual bomber of the Chinese Air Force today. However, the bomb load of the H-6 is only 8 tons. Even the Indian Air Forces’ Rafale can carry 9 tons of weapons.

Chengdu J-10 is a single-engine, medium-weight, multi-role combat aircraft capable of all-weather operations, configured with fly-by-wire flight controls and a delta wing and canard design, and produced by the Chengdu Aircraft Corporation (CAC).

It is said to be inspired by Israeli IAI Lavi. In 2006, Russia’s SibNIA engineers expressed that the J-10 was “more or less kind of a version” of the Lavi.

Chengdu J-20 is a twinjet all-weather stealth fighter developed by China’s Chengdu Aerospace Corporation as an air superiority fighter with precision strike capability. Aviation researchers believe that the development of the J-20 signifies that China has surpassed Russia in applying contemporary aviation technologies such as composite materials, advanced avionics, and long-range weapons systems.

Analysts have raised doubts about using canards on a low-observable design, stating that canards would guarantee radar detection and compromise stealth.

Shenyang J-8 is developed by the 601 Institute (Shenyang) as an interceptor aircraft. It was initiated in the early 1960s as a low-risk program based on enlarging the Mikoyan-Gurevich MiG-21, a version the PRC produced as the Chengdu J-7.

J-8B/ J-8II was a significant development of the J-8 and was effectively a new aircraft. The J-8II had a replaced nose air intake and shock cone with an ogival radome. Lateral air intakes create room for modern fire-control radar and use more powerful engines.

Shenyang J-11 is a twin-engine jet fighter whose airframe is derived from the Sukhoi Su-27. It is produced by the Shenyang Aircraft Corporation (SAC).

In 1996, a contract for 200 Su-27s was signed by China through Rosoboronexport under a coproduction scheme for a total of US$2.7 billion, separate from the original Su-27 contract. By this agreement, Shenyang Aircraft Corporation (SAC) would assemble aircraft from kits and fit them with Russian subsystems (avionics, radars and engines), which would not be co-produced.

Shenyang J-16 is an advanced Chinese tandem-seat, fourth-generation, multi-role, twinjet strike fighter developed from the Shenyang J-11 (itself derived from the Sukhoi Su-27) and built by Shenyang Aircraft Corporation.

In the 1990s, China purchased Sukhoi Su-27air superiority fighters from Russia, including that license-produced in China as the Shenyang J-11A. The J-11A was developed into the J-11B single-seat and BS twin-seat variants with indigenous technology. The J-16 is a strike aircraft derived from the J-11BS model.

The Chinese Airforce uses Ilyushin Il-76 as an AWACS with Chinese radar mounted on top of it and as a strategic airlifter. It also operates Canadian Challenger 850 for reconnaissance, Ukrainian Antonov An-30, Soviet Tupolev Tu-154 for electronic warfare, American Boeing 737 for maritime patrol, Ilyushin Il-78 as a tanker, Tupolev Tu-154 for transport.

Apart from these, the following are other important aircraft in its inventory.

Shaanxi Y-8 is a medium size medium-range transport aircraft based on the Soviet Antonov An-12 produced by Shaanxi Aircraft Corporation in China. Although the An-12 is no longer made in Ukraine, the Chinese Y-8 continues to be upgraded and produced. An estimated 169 Y-8 aircraft had been built by 2010.

In the 1960s, China purchased several An-12 aircraft from the Soviet Union and licenses to assemble the aircraft locally. However, due to the Sino-Soviet split, the Soviet Union withdrew its technical assistance. The Xian Aircraft Company and Xian Aircraft Design Institute worked to reverse engineer the An-12 for local production.

It is used as an AWACS, for surveillance, electronic warfare, and transport aircraft. (It has many variants, just too many, like an overworked horse, Check here if you are interested)

Harbin Y-12F is a twin-engine turboprop high-wing utility aircraft manufactured by Harbin Aircraft Industry Group (HAIG). The latest development is in the form of Y-12F. It is a new design with many improvements: new wings, fuselage, landing gear, more powerful engines, and extended payload and range. It is essentially a transport aircraft.

Xian Y-20 is a large military transport aircraft developed by the Xian Aircraft Industrial Corporation. The aircraft is nicknamed “Chubby Girl” in the Chinese aviation industry as its fuselage is much broader than aircraft previously developed in China.

The airlifter was further developed into the Y-20U tanker variant with the aim of expanding the PLAAF’s aerial refuelling capability beyond its limited and obsolescent Xian H-6U fleet.

Below PLAAF HQ are the newly created Theater Command Air Forces (TCAF). These succeeded the Military Region Air Forces (MRAF) in 2016. Below TCAF/MRAF and the air corps/command posts/Bases are corps, division, brigade, and regimental level units.

Starting in 2011, new multifunction brigades were formed. Brigades contain several subordinate flight groups. A flight group has one aircraft type. All ground attack and fighter divisions and regiments were reorganized into air force brigades, a brigade HQ, and flight groups.

In the field of stealth fighters, China has developed two aircraft, the J-20, and the J-31. J-20 is considered the most modern among all fighters of the Chinese Air Force today. But the aircraft is still lacking a good engine.

About one-third of the Chinese Air Force’s fighter aircraft are second-generation fighters. These are old, with little combat value, and won’t be able to withstand peer competitors. Another 28% consists of strategic bombers and more capable but obsolete third-generation aircraft. Finally, 38% are fourth-generation fighters. These are, theoretically, able to counter the likes of the F-15 and F-16, and Su-30MKI. J-20 stealth fighters account for minimal numbers. 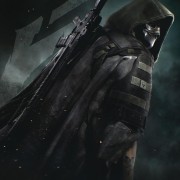 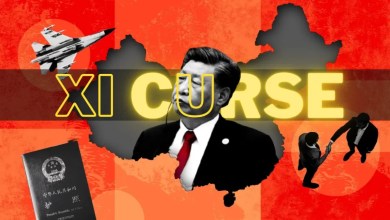