In July this year, the former defence secretary Mr Sanjay Jaju announced that defence exports of India in FY 2021-22 reached an all-time high of Rs. 13000 Crores. In the first six months of this year itself, India registered defence exports worth Rs. 8000 Crores. These figures come against the backdrop of the target of the government to achieve defence-related exports worth Rs. 35,000 Crores by end of FY 2025. In this article, we are going to analyze India’s growing position as a significant defence supplier in the world.

Why More Exports Are Beneficial?

Economically: Increasing defence exports will help in earning revenue in the form of foreign exchange. the subsequent growth in the defence manufacturing industry will also help in fulfilling the domestic requirements. This will also provide the incentive to the private players to invest in R&D which requires significant costs and long gestation periods of testing and approvals. Also, collaboration with foreign companies will become easier, developing the defence manufacturing space as an attractive destination for entrepreneurship and investments.

Geopolitically: India currently exports indigenously made arms and services to more than 84 countries. The major export destinations include The U.S., South Asian countries and the countries of west Asia and Africa. Therefore, India has huge market access across the globe. Seen from the geopolitical angle, the same position gives India added advantage of greater bilateral military engagements and cooperation.

Militarily: An increase in the number of players in the defence manufacturing industry will provide competitive and innovative products. India’s joint ventures with foreign OEMs are a time-tested example depicting successful partnerships in the long term. The military expenditure on imports stood at $469.5 million for the year 2021, Improvement in production capacity will also help in meeting future demand of the armed forces.

If we look at the timeline of defence exports from India, we can notice an uptrend in the year-on-year volume and value. As per the oldest data available from the SIPRI database, the value of weapons exports in the year 1994 amounted to just Rs. 960 Crores. But, over the years due to enhancements in technology and production capacity owing to the entry of private players, today, exports have increased 12 folds. The growth rate over the past 10 years comes out to be 39% CAGR, which is quite impressive in itself.

Presently, India exports a wide variety of security equipment including protective helmets, bulletproof jackets and armoured coverings; lethal weapons like cruise missiles, ammunition of guns and artillery; and non-lethal surveillance equipment like offshore patrol vessels, Dornier Do-226 aircraft, ALH(Dhruv) etc. to more than 84 countries. Along with this, more advanced and value-added platforms are under negotiations with other countries which can materialize in the coming years. These items are manufactured by companies, the list of which is dominated by PSUs traditionally, but, after the opening up of the space for private players, the latter holds a major market share. As per the recent stats, the private sector contributes 70% to the total exports and govt. sector fills up the rest of the space.

To increase its market share of India in the global arms market, following steps have been taken from time to time to develop the defence manufacturing ecosystem and promote exports.

The challenges in promoting defence exports can be split into two categories: –

Industry-related challenges: The challenges faced by the industry include a high investment barrier faced by newly incorporated companies. Projects in the industry require high upfront costs in R&D and long gestation periods. Uncertainty and irregularity of orders aggravates the situation. The inability to produce critical subsystems and components takes away a lot of options from the table. The technology associated with this equipment gets obsolete quickly and shifting to newer options again requires going through the same cycle.

Policy-related Challenges: Even after having a dedicated strategy to boost Indian weapon trade, the ecosystem suffers from an absence of a dedicated R&D policy and a stable market overseas. Along with this, even after streamlining the issuance procedures of NOCs, it still suffers from opacity. The combination of these factors retards the progress in achieving the ambitious export target.

By looking at the present capability of Indian defence manufacturers and the pace of development of the defence manufacturing ecosystem, it depicts the blooming stage of business in this sector. Necessary steps like increasing transparency in procurement procedures, attracting foreign OEMs by way of giving attractive sops and tax holidays, increasing indigenous components in domestic defence purchases as well as strengthening defence ties with friendly countries will help in addressing the present issues ailing the industry. Going forth, investments in both monetary and intellectual forms need to be channelized towards emerging technologies like UAVs, loitering munitions, drones and AI etc. to gain an edge over competitors and take the first mover advantage to make India a significant player in the global arms trade. 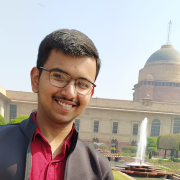 A defence aspirant who likes analyzing trends and developments in the arena of defence and geopolitics. Open to constructive criticism and valuable suggestions.