Air defence is an integral part of the security doctrine of any nation. Every nation tries to secure its national airspace from incoming threats like enemy fighter aircraft, bombers, missiles and drones. India’s Air Defence systems play a crucial role in its national security. It operates various air defence systems. More advanced systems are being developed, tested and inducted.

One may get amazed why do we need such different systems and how do they work together. So in this article, we will try to answer why many different types of systems are needed. We will understand how these systems communicate with each other and work in synergy to achieve the common objective i.e. defending Indian airspace.

Note- Fighter aircraft and air-to-air missiles carried by them also form a major part of air defence. But this article focuses only on Surface-to-air systems.

Before diving into the topic let’s have a brief overview of India’s various air defence systems. These can be divided broadly into the following different categories for understanding.

S-400 is likely to be delivered to India by the end of this year. Also note that due to systems like BMD that can intercept targets that are in space, the air defence is now also called as Aerospace defence.

These are very short-range air defence systems. Many tactical air defence systems are mobile. This means they can move easily and can provide are defence cover to moving army formations and convoys. Examples are OSA-AKM, STRELA, TUNGUSKA, SHILKA.

Some of them are man-portable. These can be launched firm shoulder. They are lightweight. They can be carried by two soldiers. Examples are American Stinger missiles and the Russian Igla system.

Close-in weapon systems consist of anti-aircraft guns. They have a very short range. These are considered as the last layer of air defence.

What Is Point and Area Air Defence?

Point defence refers to defending a particular location against incoming aerial threats. Various systems of the long, medium and short-range are deployed at that location. They form virtual concentric domes of air defence as per their range.

Area defence refers to defending a vast area from incoming aerial threats. No enemy airborne object is allowed to enter airspace above that area. It is secured by batteries of air defence systems deployed across the area.

Why So Many Different Types Of Systems Are Used?

The air defence usually works in layers. To defend a certain location or area, several layers of air defence are put in place. This is possible with different types of systems with different ranges and capabilities. Thus there are more chances of interception of the target.

Another reason can be the nature of the target. Some systems are better against a particular type of threat. For example, India’s BMD programme is aimed at intercepting incoming intercontinental ballistic missiles at high altitudes, S-400 is effective against missiles as well as aircraft while systems like SHILKA are effective against low flying targets like Helicopters and drones.

How Do India’s Air Defence Systems Work Together?

Typical air defence consists of 4 stages viz. Detection, Identification, Interception and Destruction. In the first stage, the incoming aerial object is detected with help of radars and sensors. In the second stage, the type of threat is identified and it is confirmed whether it’s a friend or foe. Once confirmed that it’s a foe, interception starts. The best suitable system available in the area is chosen and the missile is fired on the target. Finally, the target is destroyed by the system.

For detection and identification, each unit of the air defence system had its own radar and a command and control unit. For example, S-400 uses 91N6E panoramic radar, Akash uses Rajendra radar. The range of these radars is usually more than the missile to achieve detection well in time.

These systems have different radars and different communication protocols. Thus there can be problems in interoperability. But this problem is largely solved by the creation of integrated communication systems. Indian Air Force has created Integrated Air Command and Control System (IACCS). It works in cooperation with similar systems of the Indian Army and Navy named Akash Teer and Trigun Naval system respectively.

In 2018, the government allocated Rs. 8000 crores for IACCS. This system will have inputs from various radars and sensors of all three armed forces located across the country. These will include airborne elements like AWACS as well. It will also include civil radars. Thus this system can provide a composite air situation picture.

With such a system in place, all assets of IAF can communicate with each other. Thus air defence systems can also work in an integrated manner. All air defence systems will be connected to the common network on a real-time basis. Based on the nature of the threat, this command and control system can decide which system is to be engaged at what time.

Currently, the first phase of BMD is reportedly completed. In near future, there will be the completion of the second phase. S-400 is likely to be inducted at end of this year.

Integrated air defence command is also taking shape. This will restructure air defence infrastructure. It will bring more jointness and integration among the armed forces in this domain. Also, the anti-drone systems are going to form an important part of India’s air defence strategy.

India has developed a very robust air defence infrastructure. With new inductions and advanced networks, it is going to strengthen even more. At the same time, it needs to address emerging threats like drones. Also, the ongoing process of integration needs to be carried out carefully to achieve the optimum utilisation of the available assets.

India To Host NSA-Level Meet On Afghanistan On Nov 10 Explained: Why India Is Losing The Information Warfare? Decoding 7 New PSUs Formed From OFB: How It Could Benefit India 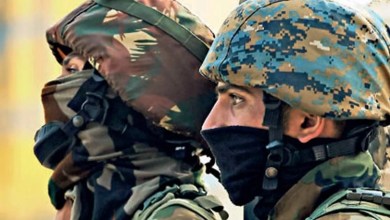