Hello defence lovers! Ever wonderer why all the submarines are always painted black and why not any other color? Well, we have the answer for you in this article. Submarines are black for the same reason which car tires are black.

Before the invention of nuclear power, the submarine spent most of their time on surface as compared to underwater. Thus camoflage became essential for the submarines. During world war one, the united states navy conducted various experiments to find a paint scheme to give maximum protection against visual detection to its submarines. After series of experiments it was found that light grey paint with black deck gave maximum protection against visual detection.

By the 1930s another problem arose for the submarines. It became evident that submerged submarines could be observed by aircraft flying over them unless these submarines were too deep to spot, looking for the solution the US Navy again conducted a series of tests in 1937 at pearl harbour. As part of the experiment, several colours including purple, blue, green, black etc were tried. They came to the conclusion that dark blue offered the best concealment in the deep clear tropical waters. Thus a significant number of submarines were painted dark blue. But as the experiments continued, the blue colour fainted and deroraited. Finally the black colour was chosen due to its superior durability.

Apart from the Americans, the Germans often painted their U-Boats dark grey, black and even sometimes shades of blue. In modern world almost all the submarines appear to be black except those belonging to Iran and North Korea.

Here is an interesting fact. Modern Submarines are not painted at all! Instead, almost all the modern submarines are covered with anechoic tiles which improve their stealth characteristics. The anechoic tiles are in general black in colour and are made of rubber which contains thousands of tiny voids. These voids in the rubber tiles absorb the sound waves from the active sonars, thus improving the acoustic stealth of the submarine. These rubber tiles also help in reducing the noise produced by the various components of the submarine such as the engine. Thus these also help in reducing the effectiveness of passive sonars against it.

Now let us understand why the anechoic tiles are black and how the black colour of submarines is related to the black colour of tires. Both tires and these tiles are made up of rubber. However natural rubber is white in colour. Tires used to be white over a century ago. Nowadays, Carbon Black is added to rubber to enhance its elastic properties. Carbon black also increases the tensile strength and roadway abrasion resistance of a tire by at least 10 times. Carbon black is used in a wide variety of rubber materials as reinforcing filler as it makes rubber much more durable. That’s why the rubber used for making the anechoic tiles also contain carbon black as the hull of the submarine has to bear tremendous pressure when it is in the depths of the sea. Research also shows that carbon black reinforced rubber has the best sound-absorbing properties.

Why Is The Bottom Of Some Submarines Painted Red?

The bottom of almost all the vessels including some submarines is painted red. The red colour is because of a certain compound that is used to keep marine life such as algae and barnacles away. This compound is Cuprous Oxide which has anti-rusting and anti-fouling properties. However, this coat compromises with the acoustic characteristics so some submarines don’t have it. 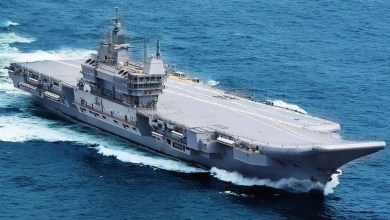