Hello defence lovers! Recently The Land Of Terrorist (our useless neighbor Pakistan) is facing civil war-like conditions! How and why all of a sudden these conditions arose? Why a large number of people are involved in hostilities with the Pakistani armed forces (whose sole job is to export hostile terrorists to other countries)? Let’s understand this entire scenario in this article.

(Note: We do not support the Charlie Hebdo’s satirical cartoons and blasphemy. We equally respect the religious sentiments of everyone)

Charlie Hebdo is a French satirical weekly newspaper that features cartoons, reports, polemics and jokes. The publication, irreverent and stridently non-conformist in tone, is strongly secularist, antireligious and left-wing, publishing articles that mock Catholicism, Judaism, Islam and various other groups as local and world news unfolds. The magazine was published from 1969 to 1981 and has been again from 1992 on.

In 2015 the Charlie Hebdo office came under a deadly terror attack because of a satirical cartoon of Prophet Mohammed in which 12 people including a cartoonist were killed. Last year in September Charlie Hebdo republished those controversial cartoons.

Since the Charlie Hepdo controversy, there were massive protests and outrage against France. In Pakistan blasphemy is unacceptable and punishable by death (By Pakistani law). These protests picked up pace under the leadership of a party called Tehreek-e-Labbaik (TLP), which is a right-wing extremist party. In recent few years, TLP gained popularity among the Pakistani common masses for its right-wing ideologies.

The new leader of TLP, Saad Rizvi became quite influential after his succession. Under him, the TLP demanded the French ambassador to Pakistan be sent back and all diplomatic ties with France be broken. He gave Pakistan government a deadline of 30th April, to which the government agreed allegedly.

The Civil War in Pakistan

Now a few days ago TLP was banned and this extremist leader Saad Rizvi was arrested by the Pakistani forces. After this massive protests broke out all over Pakistan, and especially in the Punjab province of Pakistan. Now a Civil War like condition is developing as these protests have turned violent. Few Policemen along with some civilians have been killed. Some policemen have been taken hostages. The Pakistan government is finding it difficult to control the situation.

Why Civil War In Pakistan Is Dangerous For India?

a civil war in Pakistan can be a threat to India’s security. Let’s understand why. Whenever there was an internal crisis in Pakistan. the Pakistani government saw war with India as a distraction. In a war nationalist sentiments in every citizen rises to their peak and support for the government and the armed forces becomes natural. In such scenarios, internal problems are generally kept aside and people show their solidarity with the government. Thus it won’t be surprising if Pakistan suddenly shows hostility towards India after the Ceasefire Drama to divert its public’s attention (Though Pakistan just cannot afford too much escalation with India as it desperately needs India Covid-19 vaccines). The Us intelligence report that warned about a possible India-Pakistan full-scale war, might be predicting these escalations. Hence we need to be very careful and alert.

India Offers Help To Vietnam In Warship-Building And Maintenance 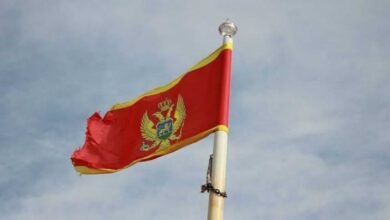 The Billion-Dollars Closer To Disaster; China Influence In Montenegro