India received the delivery of the first batch of Dassault Rafale on 27 July 2020. This was the first purchase of aircraft after the Sukhoi Su 30 MKI deal which was done almost two decades ago. This rafale deal remained in controversy due to a lot of reasons. We are going to discuss all the aspects of the Rafale deal here. This analysis will help readers to judge if the Rafale deal was fair and legitimate or it was a scam.

During the 1999 Kargil war, two Mig 21 were lost in action, one was shot down by the enemy and another one crashed. In the same war, the performance of french made Dassault mirage 2000 was found quite satisfactory. Mirage 2000 successfully flew countless sorties with zero casualties. It bombed several key locations with its Laser Guided Bombs (LGBs) with pinpoint accuracy. It proved to be a game-changer in the war.

Impressed by the performance of Mirage 2000, the Government of India (NDA government led by Sri Atal Bihari Vajpayee )approached Dassault Aviation for more mirages. But by that time the production line of Mirage 2000 was closed.

Indian Air force was not very happy with the Russian after-sale service for its aircraft. Moreover, Mig 21 in IAF’s service was aging and required replacement. Thus IAF’s hunt for a new fighter began.

Defence Acquisition Council headed by then defence minister AK Anthony approved the RFP to buy 126 fighter jets in 2007. The medium multi-role combat aircraft (MMRCA) tender was officially launched in 2008. the tender announced a competition for 126 fighters at the cost of  ₹55,000 crore

After evaluating all the contenders, Rafale and Typhoon were shortlisted. On 31st January 2012 Rafale was declared the winner of MMRCA tender.

Price negotiations began after the conclusion of the tender. Of the 126 jets, 18 were to be imported in a direct fly-away condition. Hindustan Aeronautics Limited (HAL) was supposed to manufacture the remaining 108 fighters domestically in India.

However, India and France were unable to conclude the price for fighter before the elections in their respective countries. Thus the deal was delayed.

India and France witnessed national Election and change in government before the price negotiations were complete. Both the government could not come to a conclusion on the financial aspect.

According to some sources France was asking for  ₹740 crores per aircraft but India wanted it at 20 percent lesser cost.

Moreover India wanted many India specific enhancement with limited budget. Transfer of technology and Make in India also complicated the issue even further.

Why the deal was important for France?

France operates 150+ Rafales. Other than France Qatar and Egypt are the only operators of Rafale operating 24 rafales each. Dassault is hoping that export of rafale to India would meet its revenue target.

India is the first customer of Rafale after their use in Libyan airstrikes. Dassault failed to export rafale to Belgium, Brazil, Canada, Kuwait, Singapore and South Korea. As of now Finland, Malaysia, Switzerland and UAE. the status of Rafale after induction in Indian airforce, one of the strongest airforce in the world, would increase many folds. Dassault can find many new customers.

Conclusion of the Rafale deal

In September 2016, India signed an inter-governmental agreement with France and bought 36 rafales of the shelf for  ₹58,000 crores. This was a comprehensive deal which included weapon packages, spare parts, infrastructure development, training of pilots, logistical support and much more.

Also unlike MMRCA deal where India dealt with individual aircraft manufacturers, the current deal was direct with the French government to prevent any further delays.

The opposition alleged the NDA government’s Rafale deal was a scam. According to Manish Tiwari spokesperson of Indian National Congress, the price per aircraft was escalated from  ₹715 crore to  ₹1,600 crores. In November 2017 Subhash Bhamre informed the Lok Sabha that each rafale cost ₹670 crores under the Inter-governmental agreement.

In 2018 Kapil Sibal claimed in Lok Sabha that UPA government had finalized a deal for ₹79,200 crores for 126 jets. Thus according to him, NDA government had paid ₹35,000 crores extra and that is the entire base of corruption. However, the facts and figures provided by Sibal cannot be authenticated. UPA government never concluded the deal and the figure quoted by him is only for the jet itself and not for other expenses such as weapon packages, logistics, spare parts etc.

In November 2017, Congress leader Randeep Surjewala alleged that HAL was bypassed in the Rafale contract and questioned the presence of Anil Ambani in France during Modi’s announcement to acquire 36 fully built aircraft. He also alleged that the necessary government approvals were not obtained before the formation of a joint venture between Dassault Aviation and Reliance Defence Limited. Congress vice-president Rahul Gandhi accused Indian prime minister Narendra Modi of dropping the requirement of licensed manufacture by the state-owned Hindustan Aeronautics Limited to ensure that the privately owned Reliance Defence Limited obtained an offset contract from Dassault.

Defence Minister Nirmala Sitharaman denied the allegations and said that transfer of technology to HAL would not be economically feasible in a smaller contract for 36 aircraft, which was an emergency purchase to make up for a decade-long delay. She said that no government approvals were required for the joint venture between two private companies. Air Chief Marshal Birender Singh Dhanoa also denied the allegations and added that technology would be transferred to DRDO. French government officials also rejected the allegations, saying that the offset contracts would be handed by four companies including Dassault and 500 companies would benefit in total.

In August 2018, The Indian Express reported that Reliance Entertainment funded a film produced by the former president of France François Hollande’s partner Julie Gayet when Rafale negotiations were ongoing. When asked to comment on this, Hollande told Mediapart that the Indian government had proposed the name of Reliance and that they had no choice in the matter. He said that Kev Adams negotiated the funding for the film and Gayet said that Adam’s talent agency My Family had approached and secured funding from Reliance and she was merely presented with Reliance as a partner after the fact.

The French Ministry of Europe and Foreign Affairs contradicted Hollande by releasing a statement saying that the French companies had “full freedom” to choose Indian partners for executing their offset obligations and that French companies had utilized the freedom to sign agreements with multiple Indian companies. Dassault released a statement saying that the decision to partner with Reliance was entirely it’s own and that it had already partnered with other multiple Indian firms too. Indian Ministry of Defence too released a statement saying that neither the Indian nor the French government had any involvement in Dassault’s decision to partner with Reliance. Hollande later reiterated that the French government did not choose Reliance.

Right from 2017 while campaigning for Gujrat elections, rahul gandhi forcefully made rafale deal a issue to attack PM Modi. Time and again he asked Defense Minister Nirmala Sitaraman to make the details of Rafale deal Public.

Rahul Gandhi,s entire 2019’s Lok Sabha election campaign was centred around the alleged corruption in Rafale deal. He even gave the slogan ” Chaukidar Chor hai” to attack PM Modi. Though Rahul Gandhi was unable to produce any solid evidence.

In September 2018, the Supreme Court of India agreed to hear a public interest writ petition seeking cancellation of the inter-governmental agreement alleging corruption Congress leader Kapil Sibal said that the Congress would wait until the required documentation is in hand before approaching a court. On 10 October The Supreme Court asked the Central government to provide details of the decision making process in the Rafale deal with France in a sealed cover by 29 October.

On 14 December 2018, the court dismissed all the petitions seeking a probe into the alleged irregularities in the deal and gave a clean chit to the Union government on all the three aspects, viz., the decision making, pricing and selection of Indian offset partner.

“We have examined closely the price details and comparison of the prices of the basic aircraft along with escalation costs as under the original RFP (UPA regime’s) as well as under the inter-governmental agreement. We have also gone through the explanatory note on the costing, item wise, the court does not consider it necessary to repudiate the government’s assertion that there is a commercial advantage in the purchase of 36 Rafale aircraft. the court found no fault with the government’s assertion that it got better terms relating to maintenance and weapons package.

“It is certainly not the job of this court to carry out a comparison of the pricing details in matters like the present. We say no more as the material has to be kept in a confidential domain,”

“We do not find any substantial material on record to show that this is a case of commercial favouritism to any party by the Indian government, as the option to choose the IOP (Indian offset partners) does not rest with (it),”

“We find no reason for any intervention by this court on the sensitive issue of purchase of 36 defence aircraft by the Indian government,” adding that the “perception of individuals cannot be the basis of a fishing and roving enquiry by this court, especially in such matters.”

“Adequate military strength and capability to discourage and withstand external aggression and to protect the sovereignty and integrity of India, undoubtedly, is a matter of utmost concern for the nation. The empowerment of defence forces with adequate technology and material support is, therefore, a matter of vital importance.”

INC urged the court to recall the Rafale judgment as being self-contradictory and to issue notices to the government for perjury and contempt of court as it provided false information to the top court.

On 14 November 2019, the Supreme Court of India dismissed all the petitions seeking review of its verdict from 14 December 2018 on the controversy. It upheld it’s the previous judgement stating that no irregularities or corruption were found in the deal.

It has to be noted that the deal that NDA government signed was a comprehensive one. It included all the desired after-sales expenditures such as maintenance, spare parts for five years, training Indian pilots for rafale, infrastructure development.

The most important part of the comprehensive package was a weapon package. Under UPA government MBDA meteor was not offered. Meteor is the most significant weapon that rafale carries.

other Than these expenses, India also paid 1.7 billion Euros for incorporating 14 India-specific enhancements. The cost paid for research and development is a one-time investment.

Breakup of the Cost

Politics and defence should never be mixed. In the case of Rafale deal, unnecessary trouble was created by a certain political party. What was their real intention that has to be questioned? Were they promoting public interest or the interests of India’s enemies who don’t want India to have rafale?

We cannot say the prices that we have in the public domain are accurate because these prices are closely guarded secrets and are subject to national security.

Our Great Indian armed forces do everything in the public interest. Scams in defence deals have occurred previously but that does not mean that we have to question each and every defence deal. Rafale has increased India’s air power by many folds and it is a nightmare for China and Pakistan. 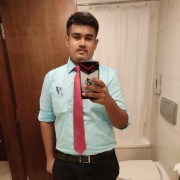 All About Aero India: A Perfect Place For Air Shows And Exhibitions